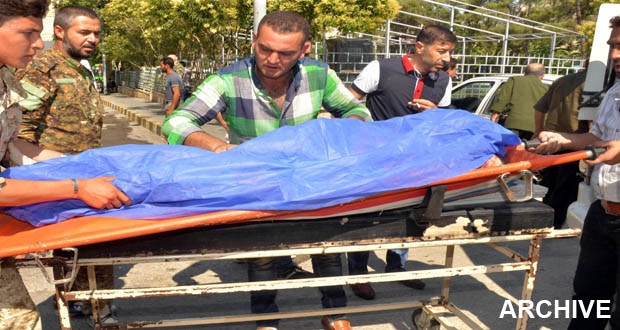 Shelling by terrorists in the neighborhood of Sheikh Maqsoud, Aleppo city, killed 14 people and injured more than 50 others, according to local sources.

The attacks, which signals a new violation of the cessation of hostilities agreement, have continued since Monday morning, with dozens of mortar and rocket shells falling on the neighborhood from nearby areas where terrorist groups are positioned.

The death toll is expected to rise as some people remain trapped under the debris of three buildings which collapsed as a result of the shelling, local sources told state news agency SANA.