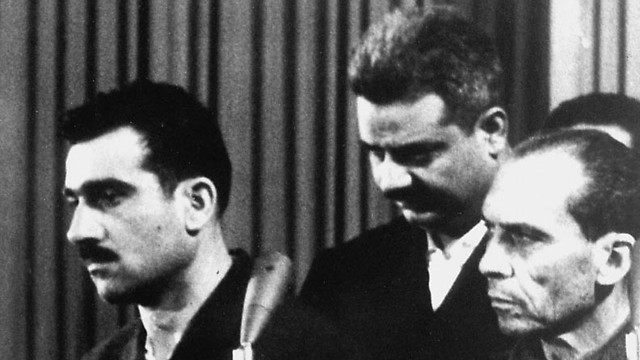 Israeli President Reuven Rivlin asked his Russian counterpart Vladimir Putin to take advantage of his military presence in Syria to transport the remains of famed spy Eli Cohen back to Israel for burial.

Israeli media revealed that Rivlin asked Putin for the favor while visiting the Russian capital three weeks ago.

Prior to the meeting, Rivlin was briefed by security officials on a request from Cohen’s wife, Nadia, urging the president to discuss the issue with Putin.

Cohen was an Israeli spy who worked in Syria during the 1960s. After gaining the confidence of Syria’s minister of defense, Cohen was discovered and executed for espionage. The information he acquired was said to be instrumental in Israel’s success in the Six Day War. Despite numerous attempts, Israel has been unable to retrieve his remains for burial.