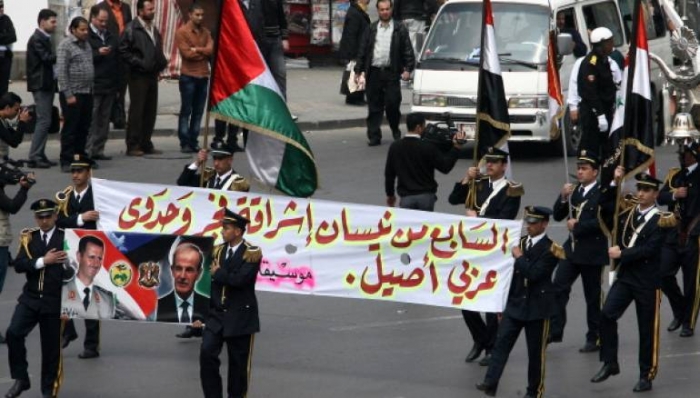 Leaked documents obtained from within the Syrian Baath Party branch in Homs revealed that 358 Baath Brigades members were dismissed on charges of insubordination, looting, rejecting orders, refusal of investigation, shooting and causing death.

The information inside the documents covers a period of 16 months from September 2014 to January 2016.

A detailed look at the information shows that most dismissed members hailed from battalions operating in the city of Homs and under the supervision of different Baath Party divisions.

An additional document revealed the internal conflicts within the Baath Brigades, pointing to a dangerous lack of institutional oversight which recently led to a series of security breaches in pro-regime areas of Homs.

Homs witnessed a number of large explosions during the period the documents covered, as members within the Brigades were accused of facilitating the entry of car bombs into the loyalist areas, resulting in many deaths.