Coalition vice president says regime forces have killed 1,400 Syrians since the start of the 'cessation of hostilities' agreement a month-and-a-half ago 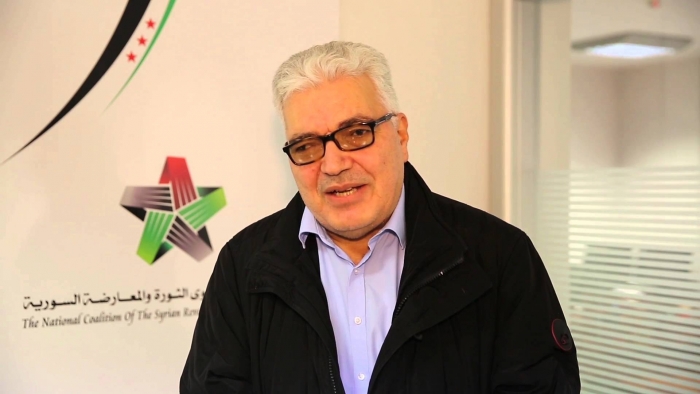 Vice President of the Syrian National Coalition Mouaffaq Nyrabiya said that a political transition in Syria is needed now more than ever to protect the Syrian people from Assad’s genocidal war and to end the Assad family's decades-long dictatorial, authoritarian rule.

“The escalating attacks by the Assad regime against Syrians in many areas across Syria pose a serious threat to the truce. The ‘cessation of hostilities’ agreement, now in its 47th day, has not yet led to the improvement of the tough humanitarian conditions experienced by our people, as was stipulated by the UN Security Council resolution 2254, specifically in Articles 12 and 13,” Nyrabiya said.

Over 1,400 civilians, including 300 women and children, have been killed in regime attacks since the truce took effect on January 27. Nearly 53 victims were killed under torture in Assad’s prisons.

“The Assad regime has not complied with the minimum requirements of the ‘cessation of hostilities’ agreement. On the contrary, the regime is exploiting the armed opposition’s commitment to the agreement in order to make gains on the ground.”

Nyrabiya went on to say that the opposition "does not want a temporary cessation of hostilities, but a comprehensive solution to save the Syrian people once and for all from the regime’s escalating violence and to ensure initiating a political transition.”