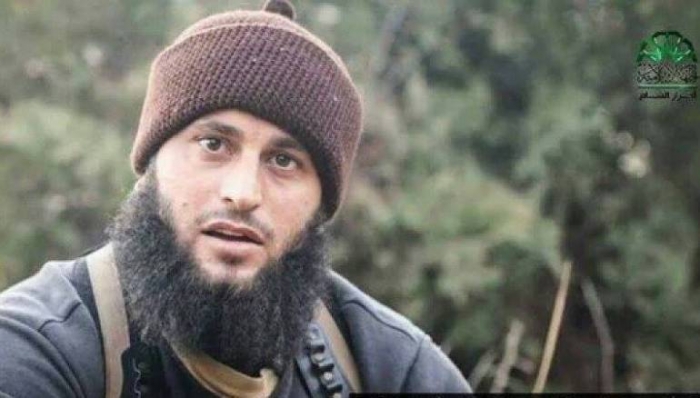 A suicide bomber detonated an explosives-laden belt near an Ahrar al-Sham Islamic Movement checkpoint in the northern town of Binnish, killing four senior commanders and wounding 10 others, according to local media.