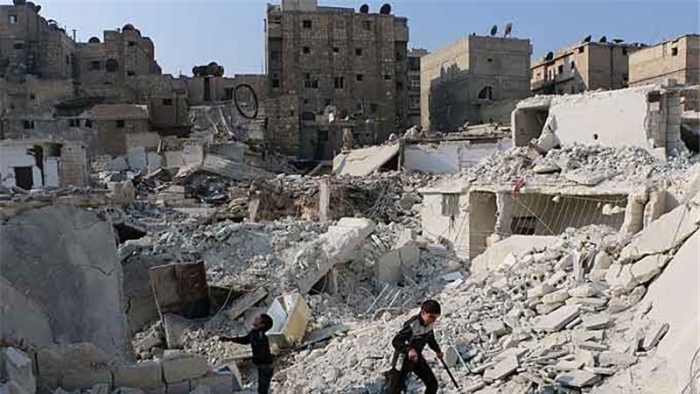 At least four civilians were killed and 77 others were injured in new terrorist attacks that targeted several neighborhoods in Aleppo city on Sunday.

A source at the Aleppo Police Command told SANA that snipers targeted civilians in the Ramouseh neighborhood, killing a woman and injuring two other civilians.

Meanwhile, a civilian was killed and 34 others were injured in rocket attacks on Fayd neighborhood, according to SANA’s correspondent in Aleppo.