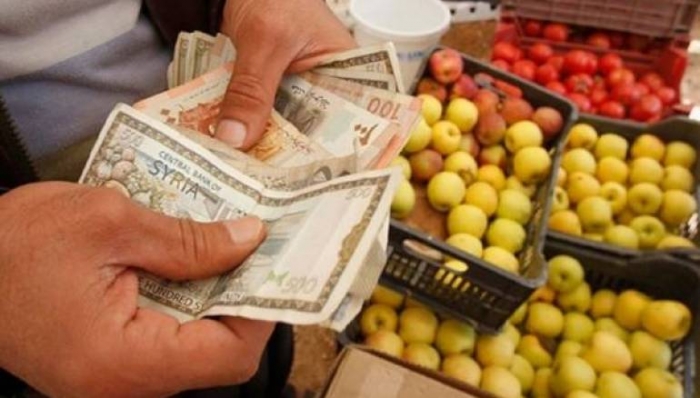 For the first time in a month, products and basic staples entered Daraa’s western countryside, which is under control of the ISIS-linked Yarmouk Martyrs Brigade, after the rebel parties bowed to pressure from citizens, local notables, and active parties in the province.

Mohammad al-Mouthnib, the deputy head of the opposition Syrian interim government’s Daraa council, indicated in a press release exclusive to Iqtissad that, “the decision was taken at the level of the province to the effect that safe passages for civilians will be opened, and through these food products, medicine, cooking gas, flour, bread and all other essential necessities will be brought into Daraa’s western countryside, and especially to the civilian areas under Yarmouk Martyrs Brigade control.”

Mouthnib highlighted that the decision to open the safe passage came through a meeting of local civilians, dignitaries, council members and active revolutionary actors on the ground. “[I]t was agreed upon by everyone present on the necessity of opening safe passages to take basic products into the western area under the supervision of the free province council.”

He indicated that the passage to bring in products was actually opened on May 31, 2016, in addition to the entry of goods while some injured and ill civilians were allowed to enter and exit the western countryside.

“After the last meeting between the local councils and the representatives from Yarmouk Martyrs Brigade, the brigade representatives confirmed that their members would not interfere in civilian matters, and they would not prevent the entry of any products to civilians,” Mouthnib said, adding that fuel derivatives such as benzene and diesel fuel are banned from entering in large quantities.

Abed al-Razzaq, a wholesale trader in the western countryside, confirmed that, “through the safe passages which were opened, essential goods were allowed to pass and in large quantities,” indicating the availability of oils, wheat, ghee, canned goods, sugar, rice and other products, but said their prices are noticeably high in comparison with their equivalent in areas under armed factions’ control or the regime controlled areas.

He attributed the rise in prices to the lack of availability of fuel and the high fees paid to move products to areas controlled by the Yarmouk Martyrs Brigade, indicating that the price of one liter of diesel in ash Shajarah, al-Nafaa, Ain Thakar, as well as Yarmouk Martyrs Brigade-controlled areas is around 800 Syrian pounds, where the price of better diesel in other areas sells for no more than 200 pounds. Benzene reached 15,000 pounds while prices in other areas is around 350 pounds.

Razzaq explained that the price of a canister of gas is around 6,000 pounds, whereas in Tasil only a number of kilometers away from Yarmouk Martyrs Brigade-controlled areas, the price is around 4,800 pounds.