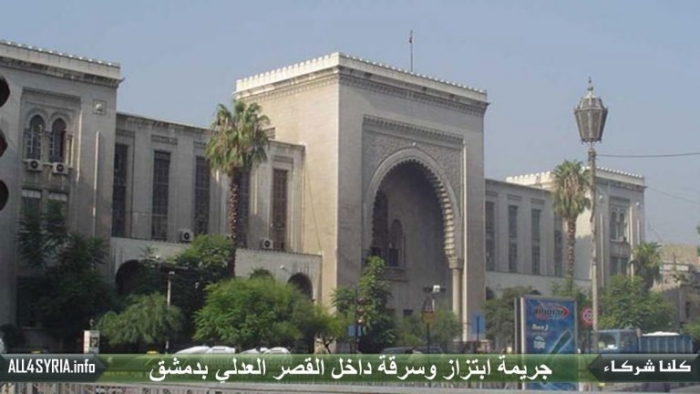 A man robbed a woman and stole her jewelry after threatening to kill her inside the halls of the Palace of Justice in Damascus on Wednesday, according to pro-regime media.

The loyalist Al-Watan newspaper mentioned that the male assailant watched the woman as she entered the orphan department in the Sharia Court to follow a private case. He then lured the victim to the second floor where he threatened to kill her unless she gave him her jewelry. He then assaulted the woman and escaped through the parking garage.

The sources mentioned that the attorney general referred the file to the criminal security to take the appropriate actions, but added there were currently no leads.

According to the newspaper’s readers, this latest incident reflects the lack of security in Damascus, with commenters asking how could such an event could happen inside the Palace of Justice.