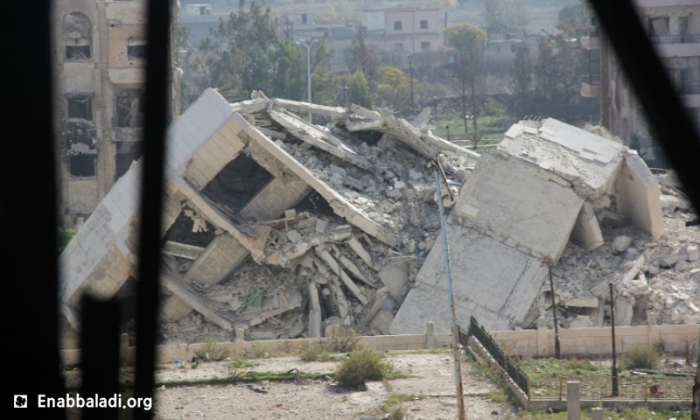 A civilian was shot by a sniper while trying to buy some bread from the nearby bakery on Monday, June 13.

Enab Baladi’s reporter said that regime troops stationed in the Homs Grand Hospital used live ammunition on the civilians who were queuing in front of the bakery, instantly killing the young man.

The Homs Media Center said that Bilal al-Jahjah, 34, was killed when he was shot in the chest.

The Syrian regime allowed the people of the Waer neighborhood to leave the besieged city to get bread from a nearby bakery, but refused to allow deliveries of food to the neighborhood.

Activists documented the death of a woman while seven civilians were also injured after they were targeted with live ammunition while returning to Waer earlier this year.