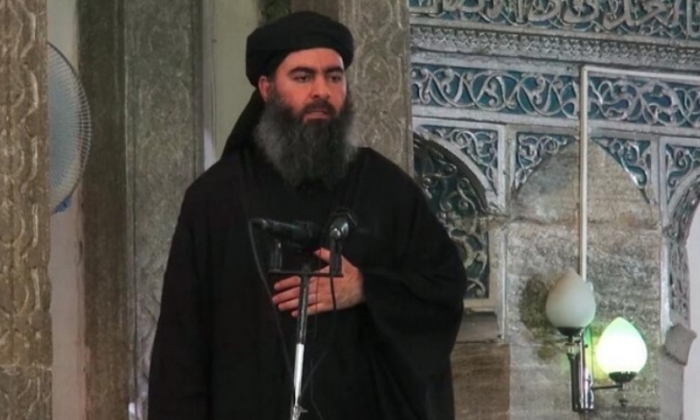 Rumors have circulated on social media regarding news of the death of Abu Bakr Al-Baghdadi, leader of the Islamic State group, with Russian and Iranian media outlets also mentioning the reports.

Russia Today stated that Baghdadi's death was reported by a number of internatonal media outlets and websites which said he was killed in a US-coalition air strike in Raqqa’s countryside last Thursday.

Activists tweeted Baghdadi's death and attributed it to Iran’s Fars news agency which said: "No independent or official source has yet confirmed the report. Intelligence sources believe that such reports might be intended to discourage the teams of several foreign nations that are in the Middle-East to hunt Baghdadi.”

But social media pages erupted with the news of Baghdadi's purported death after Iraq’s al-Sumeria channel quoted Iraqi sources in Nineveh province saying that Baghdadi and other leaders were injured by a raid carried out by a US coalition strike on an ISIS command headquarters near the Syrian border.

The US-led coalition said that it could not confirm Baghdadi's death, while official spokesman for the alliance Colonel Chris Garver told Reuters that there was “nothing to confirm at this time.”