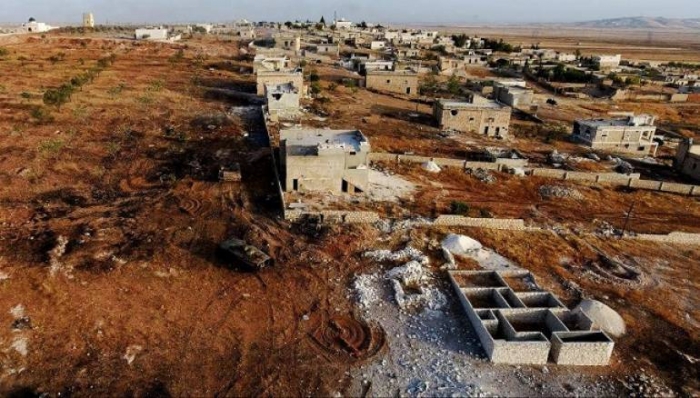 The alliance which includes Al-Qaeda’s Nusra Front and Ahrar al-Sham Islamic Movement and other rebel factions has declared a new battle to recapture the town of Khalsa from regime forces and allied Shiite militias.

Seizing Khalsa will enable rebels to take an array of villages from regime control and will help secure a strategic supply route.

At least 15 peopled were killed in strikes targeting the neighborhoods of Jis al-Hajj, Salah el-Din, Ferdous and Sheikh Ali.

Seven others were killed in the town of Kafr Halab while a family of seven members were also killed in suspected US coalition air strikes on the Islamic State-held village of Ghouz.

In Idleb province, five more people were killed on Tuesday in barrel bombs attack on the town of Bara, the local media center said.

The Idleb Media Center and activists said 15 other people were wounded in the attack that rocked the town's main market.

Regime forces backed by Russian air strikes have intensified aerial bombing on Idleb and Aleppo provinces after the collapse of the UN-backed ceasefire deal. Hundreds of people have been killed since early June as regime forces advance in coordination with US-backed Kurdish militias.