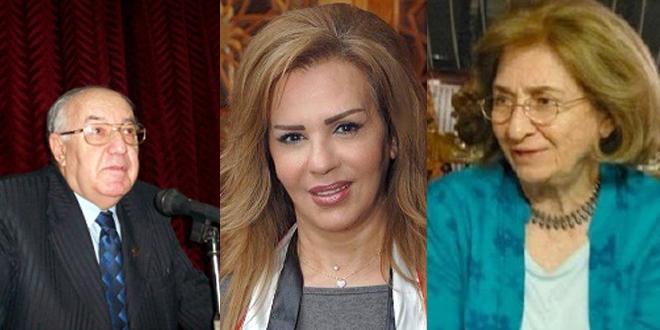 Syria’s Ministry of Culture announced on Wednesday the winners of the 2016 State Appreciation Award for distinguished artists and writers.

Winners were awarded a grand prize of one million Syrian pounds ($4,500) for their accomplishments.

Speaking afterwards, Masri said she was proud to receive this award and that such honors motivate people to further their creativity and productivity.