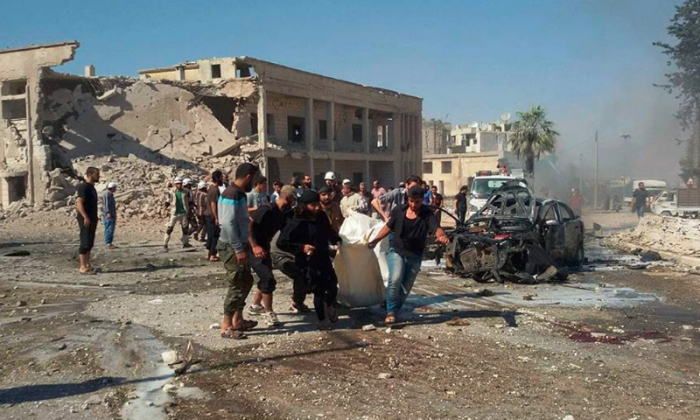 At least 362 people were killed in Syria in the first 10 days of the holy month of Ramadan, according to a new report by a UK-based human rights monitor on Thursday, June 16.

The Syrian Network for Human Rights issued a report, titled "The results of the first 10 days of Ramadan 2016," claiming that at least 314 of those who had died were killed by regime and pro-regime forces.

According to the report, the deaths were recorded during the period between June 6 and June 16, adding that 55 of the victims were children and 23 were women, in addition to six people who were tortured to death.

The Network also reported that US-led coalition forces killed five civilians – four children and a woman – while it is unclear who is responsible for the deaths of 11 others. In addition, evidence and eyewitness testimonies suggest that more than 90 percent of the recorded attacks were against civilians.

The report called on the UN Security Council and other international institutions to shoulder their responsibilities toward the atrocities, and to pressure the Syrian regime to end the deliberate and random bombing of civilians.