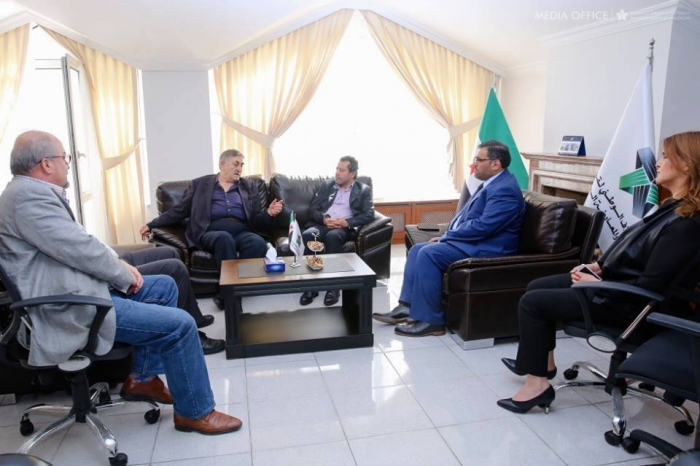 Talks during the meeting touched on the need to focus necessary attention on the group of Alawite girls kidnapped and held by military factions for about three years. Mr. Humeira said that he had previously received a promise from the Army of Islam rebel group to release eight of the prisoners as a goodwill initiative, but the issue has not been resolved because of the assassination of the group’s previous leader Zahran Alloush.

Attendees at the meeting discussed reasons behind widespread frustration within the Alawite sect towards the goals of the revolution. Humeira said: “The regime succeeded over 50 years in tying its survival in power to the interests of the sect.” He added: “It has become urgent and necessary to establish descriptions of revolutionary acts to distinguish them from criminal acts.”

For his part, coalition president Abdah said that “the revolution must win morally over the regime” and expressed the coalition’s willingness to give all necessary support to the Syria’s Tomorrow movement, which aims to repair relations between the Alawite sect and the rest of Syria’s communities as a result of the regime’s distortions.

Abdah stressed the need for wider representation of the Alawite sect in the institutions of the revolution and its official agencies, to reflect positively on the course of revolutionary work.

He said that “the coalition is in the process of developing a plan for a broad and full Syrian dialogue with the aim of bridging the current gap in the Syrian fabric, which was caused by the regime and its gangs over the last five years.”