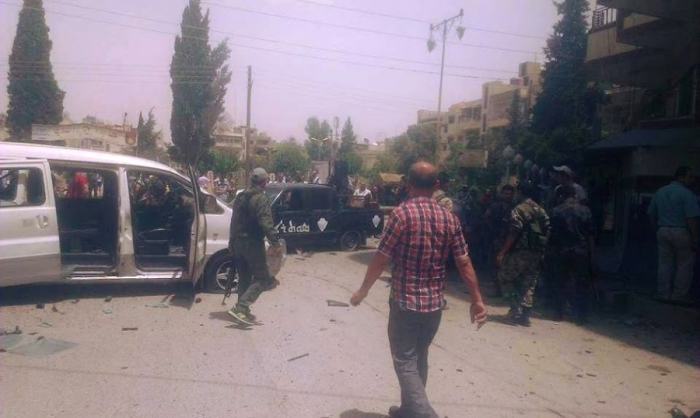 Syria's main political opposition condemned the recent suicide bombing targeting the Assyrian community in the northern town of Qamishli on Sunday which killed and injured a number of civilians.

The attack targeted a gathering of hundreds of people inside a hall in the neighborhood of al-Wasati, a predominantly Assyrian area in central Qamishli.

The Syrian National Coalition said that this is the fourth attack against the Assyrian community in the past few months, “which confirms the existence of a criminal scheme designed to terrorize this component of the Syrian society and force them to leave Syria.”

It stressed that these attacks refute claims by the Assad regime that it protects Syria’s minorities, adding that “the Assad regime has always used ethnic and religious minorities in Syria as a card to divert the international public opinion away from the real cause of the conflict and reduce it to ‘war on terrorism.’”

The Coalition held the Assad regime responsible, whether directly or indirectly, for all terrorist operations targeting civilians in Syria, especially in the areas under its control as its policies have fostered an environment enabling the rise of terrorism in throughout the country.

It said that such attacks should send a clear a message to the international community to assume its moral and legal responsibilities and work to support the Syrian people in their struggle against injustice and tyranny.