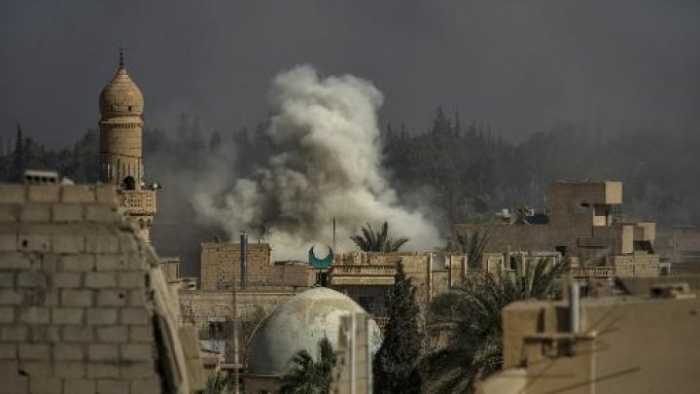 A number of civilians were killed and others were wounded in the city of al-Mayadin in the Deir-ez-Zor province on Sunday, June 26, during raids carried out by Russian warplanes.

Activists from the province said that at least two people were killed during the strikes while the number of casualties is expected to rise as some remain in critical condition.

Russian warplanes also carried out a massacre of civilians in the town of al-Qouriyeh east of Deir-ez-Zor, while the number of victims according to activists reached over 82 civilians, most of them children.

Warplanes have carried out raids on dozens of areas in the province, focusing on populated areas, as rights monitors have noted.

The British special envoy to Syria, Gareth Bayley, said on Twitter on Sunday, “Reports of airstrikes on #DeirEzzor, killing up to 20 civilians. Violation of #CoH. Again.”

Broad parts of Deir-ez-Zor are under the control of the Islamic State group, and warplanes of the US-led international coalition, Syrian regime and Russia have alternately targeted the group since the start of the year, in the shadow of the difficult humanitarian and security situation under which the remaining residents live.