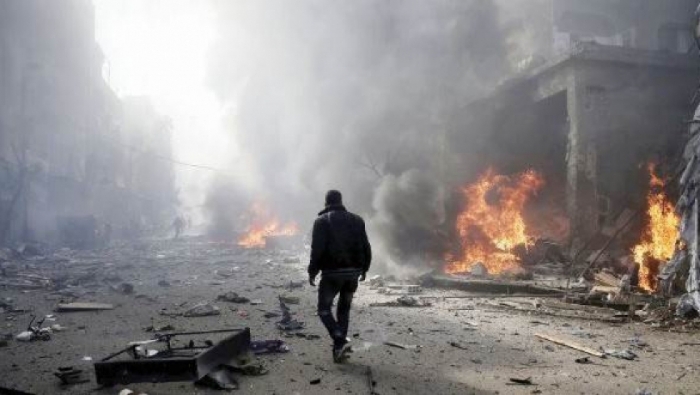 Bassma Kodmani, a member of the opposition negotiating delegation to Geneva, called on the European Union to impose sanctions on Russian companies involved in the delivery of weapons shipments to the Assad regime, and which play a role in the indiscriminate bombardment of liberated areas.

Following a meeting with EU foreign policy cheif Federica Mogherini and government officials in Brussels, Kodmani added that any retreat from the European Union on its sanctions against Russia will be read by the Kremlin and Bashar al-Assad as a sign that space is being cleared for its regime to “return to the international stage.”

Kodmani did not specify which Russian companies might be subject to sanctions, adding that: “Europe’s interests are at stake in Syria, and Mogherini seemed to be open to that.”

Kodmani said that the Assad regime refused to carry out technical talks in Geneva, while the High Negotiations Committee was on the verge of submitting a new document to the United Nations containing details and a sequential vision for the political transition in Syria, stressing that this document does not contain any concessions regarding Assad’s fate.

She ruled out including the Kurdish Democratic Union Party in the High Negotiations Committee, saying: “Unfortunately we find the Democratic Union Party fighting the Free Syrian Army in various areas, and allowing the regime to achieve advances and signing agreements in some cases on specific fronts. This has created a great deal of distress and a great deal of concern.”