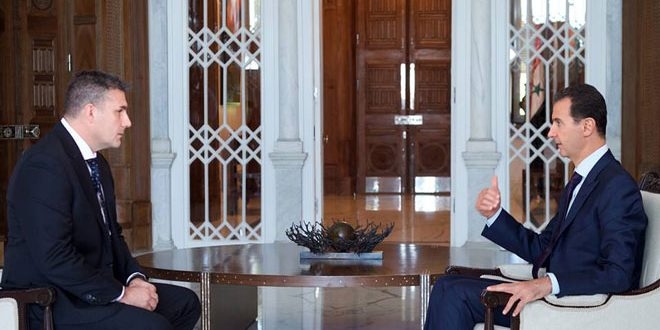 President Bashar al-Assad said the contradiction seen between statements by Australian officials and Canberra's official stance towards Syria is an expression of the double standards followed by the West.

Speaking in an interview with Australian SBS TV, Assad said: “They attack us politically, and then they send their officials to deal with us under the table, especially their security officials – including their government.”

“All of them do that as they don’t want to upset the US… In fact, most of the Western officials only repeat what the US wants them to say,” he said.

The full interview will be posted on the Syrian Presidency’s official Facebook page at 12:30 pm on Friday (Damascus time).