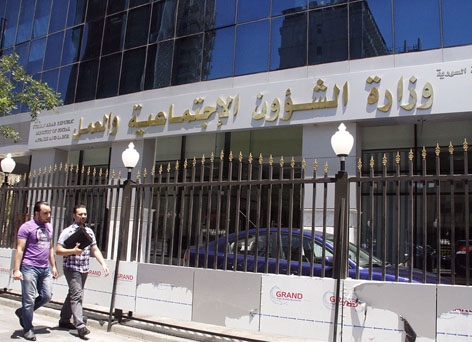 The work of charitable associations which targeted poverty and those in need prior to 2011 has expanded to include migrants and wounded and families of martyrs, changing their work strategy into an emergency plan.

The head of the processing office in the Ministry of Social Affairs, Ahmed Shehabeddin, indicated to Al-Baath the existence of a number of charities which have qualified health centers with high quality drugs supplying the government centers and providing free or nearly free services and referrals to the private and government hospitals, in addition to pharmacies, wedding halls, commercial facilities and sewing and knitting workshops, adding that their products have become available in the markets.

Some of the organizations have established computer and computer maintenance courses, not to mention those that manufacture prosthetic limbs and give subsidies for students and free education centers for all levels and grades, while providing work opportunities for some migrants. At the same time, Shehabeddin did not hide his censure for the government health centers who were unable to receive all patients because of a shortage of medicine and equipment. In contrast, the self-funded associations were able to receive dozens of patients daily.

Regarding the “To our peak together” campaign, which was launched by the Social Affairs Ministry over Ramadan and how it was able to reach all beneficiaries, Shehabeddine said that there were associations in every district that had complete information about all those in need and these were those involved in the delivery of iftar (breaking fast) meals, while the price of the meal reached 3,500 Syrian pounds ($16) per person, and the number of targeted people could change between one association and another, depending on their capacities. At the same time, the Tourism Ministry made an initiative to put its kitchen and students to work. The Social Affairs Ministry’s address to the federation of exporters and the chamber of manufacturing did not receive any response. And even though Shehabeddine did not deny the difficulty of reaching all those in need over a geographical breadth, he said that every person could register in one of the associations, whether he was displaced, or wounded, or had special needs, so that aid would reach them.

The manager of the processing office said that the ministry was not involved in relief work but was a member in the High Council for Aid. The ones who make the plans in the provinces are the governors, in their capacity as heads of the branch councils. If he receives any complaint about the failure of one of the associations, he takes the appropriate action. The number of associations has reached about 1,300, which is not a fixed number.