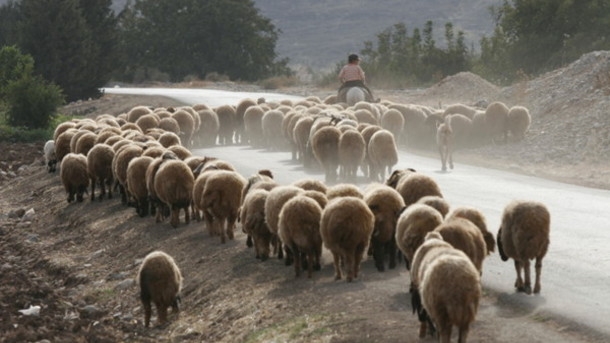 Syria’s deputy agricultural minister, Ahmed Qadish, said that there had been a significant drop in the number of livestock herds during recent years, with cattle herds declining by about 30 percent, while herds of sheep and poultry flocks declined by around 40 and 50 percent, respectively.

According to the local pro-regime newspaper Al-Watan, which published the official’s comments, this decline in the number of livestock has a direct effect in the decline of the supply of meat products available in the markets and contributes to the increase of prices.

Despite the acknowledgement of Qadish’s statement and a decline in livestock by about half, this has not stopped the Economy Ministry from announcing that it is studying the possibility of allowing the export of male sheep and goats.

Loyalist media published confirmation last Tuesday that this decision, if it is issued, would lead to a severe increase in the cost of sheep meat in local markets, from a price of 6,000 Syrian pounds ($27) to about 10,000 pounds ($45).

The Ministry of Agriculture has previously called for patience in allowing the export of male sheep and goats, because of “a lack of statistics around livestock and the increases in prices in the local market.”

It is noted, in this context, that permitting exports at this time will give cover to the practices and operations of smugglers of sheep, who will find in it a window of opportunity to smuggle male goats and sheep abroad.