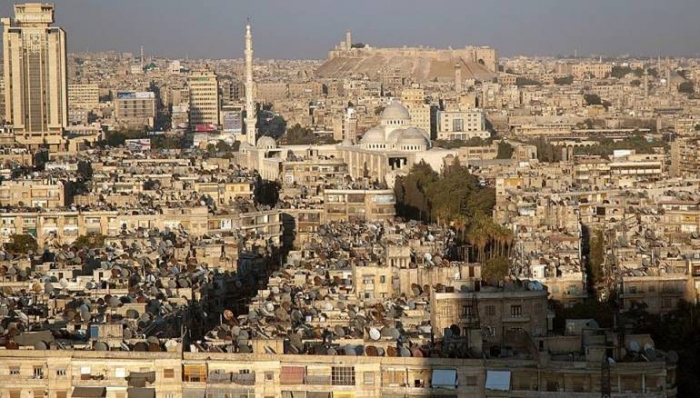 Field sources in Aleppo revealed to Zaman al-Wasl that the Jaish al-Fatah (Army of Conquest) and Fatah Halab (Aleppo Conquest) rebel groups have completed their preparations to liberate the city of Aleppo and push out the regime forces.

Jaish al-Islam commander Abou Jumah Akidi revealed that the two key opposition factions are close to agreeing on tactics for taking the city following meetings over the past few days, including a joint force exceeding 20,000 fighters.

“With this number (of fighters) we can begin with a larger front perhaps 20 kilometers long,” Akidi added.

The rebel commander clarified that the battle of Aleppo will be undertaken in six stages, “starting with opening a secure route to the center of Aleppo city from the south and the north, and the most important stage is the attack from the western […] considered one of the regime strongholds,” adding that the rest of the stages will be revealed after the battle commences.

He confirmed that rebel factions have the weapons and manpower to liberate the city “if they avoid divisions and egoism as happened in the past,” stressing that Aleppo’s “grand epic” will not begin without a complete understanding between the two brigades.

Regarding the possibility of resistance, Akidi said that the regime is concentrating all its forces on “one or two fronts,” adding that rebels noticed regime fighters were diverted to active fronts as they are low on manpower. “The regime has dispersed (its) military forces because of the big losses from the militias in the last period in Aleppo’s southern countryside,” he explained.

“There is fear and actual terror inside the regime based on what we have observed from its forces' conversations about the seizures,” Akidi said, adding that he believes the regime still possesses adequate equipment and can provide artillery fire, but lacks motivated fighters, “in contrast to the rebels who are fighting based on conviction and with purpose.”

“Perhaps the regime forces will resist the rebel’s attack in the first phase only, and in the rest of the stages it will certainly collapse after the collapse of its line of defense […] It will be street fighting and heavy artillery fire from airplanes will not affect (us) as it affects (us) in open landscapes,” the commander explained.

Akidi confirmed that the recent destruction of Assad’s munitions factories in Al-Safira delivered a heavy blow to the regime, adding “it will affect its defense abilities in Aleppo especially as they manufactured [barrel bombs], naval mines, and various kinds of ammunition [there].”

“The factories exploded over two kilometers and with a width of one kilometer so they went out of service and it will be difficult for them to resume manufacturing because reequipping them will not be easy.”

Abou Salmah, a member of Abou Amara Brigades, confirmed to Zaman al-Wasl that the factions operating in northern Syria can liberate Aleppo city successfully “if they work with the heart of one man,” adding that the job will need to be well planned.

“[T]he regime is exhausted and at the moment it suffers a large loss of resources and human resources after large losses from its forces and its mercenaries in several battles in Aleppo province and other provinces,” he explained.

Aleppo Media Center journalist Mumtaz Abou Mohammad said: “if the factions are united in joint forces they have the capability to confront the regime forces and the militias supporting it, and liberate all of the city of Aleppo.”

“I expect that if Aleppo Conquest and Army of Conquest come to an agreement the operation to liberate Aleppo city (it) will not take more than three months,” he added.