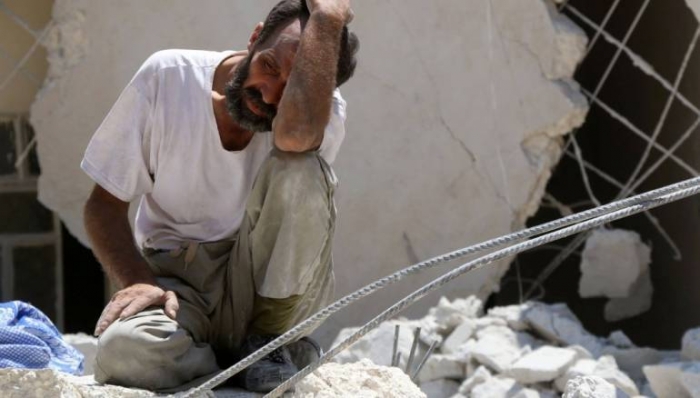 At least 10 people were killed Saturday in cluster bomb attacks carried out by regime warplanes on the city of Jisr al-Shughour in northern Idleb province, a local media center reported.

The aerial bombing has also targeted the towns of al-Tmanaa and Hazano and Idleb city.

More than 23 people have been killed and 110 wounded in regime strikes on Idleb province in the past two days, civil defense teams and the Idleb media center said.