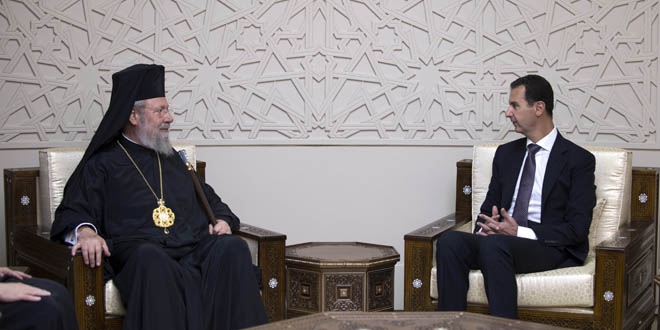 Assad’s comments came during a meeting with Orthodox Archbishop of Cyprus Chrysostomos II in Damascus, with talks touching on the situation in Syria and developing the unique historical relations between the two countries.

For his part, Chrysostomos II stressed the importance of strengthening his country’s relations with Syria, noting that it’s in the interest of all European states to reconsider their relations with Damascus and lift the unjust embargo which exasperates the Syrians’ suffering.