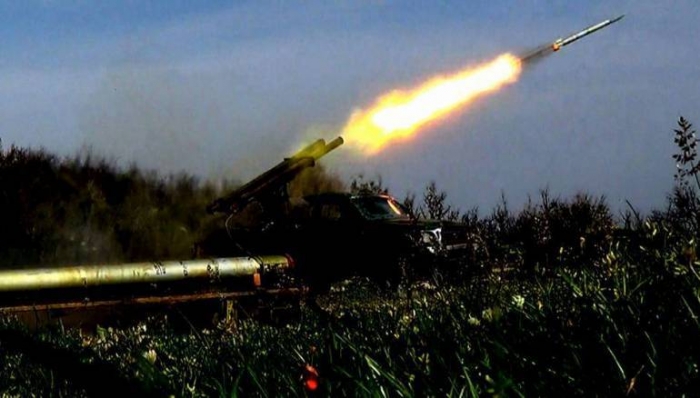 Fighters also targeted Majdal Keekha Mountain and Ghazaleh Hill in Jabal al-Akrad with heavy artillery, with some observers viewing the rebels’ moves as paving the way for the launch of a fourth phase of the “Battle of Yarmouk” offensive.

The military source, who spoke on condition of anonymity, refused to say whether the bombing was intended to pave the way for a fourth phase of the Battle of Yarmouk, but did confirm the battle is ongoing, saying: “We will not stop until we fulfil our set goals to recapture all lost sites by the Russian air force intervention last winter.”

He talked of many difficulties rebels must face in the major offensive, noting that Russian advisers track rebels using various forms of technology, then provide the regime forces with coordinates to bomb.

The Russian air force also participates in the bombing campaign when the regime requires back up, he added.

Activists reported regime personnel were injured by rebel bombing on Wednesday, adding the injured were transported to hospitals in Lattakia.