Local sources claim scores were killed in the attack on the city's western districts, adding the death doll is expected to rise 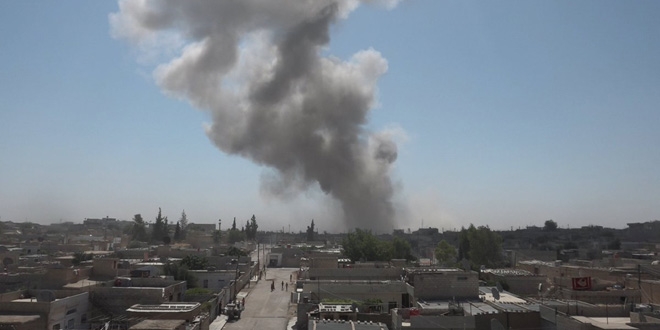 A car bomb attack in the northern city of Qamishli, Hassakeh province, killed 44 people and wounded 140 others on Wednesday.

A local source told SANA that a terrorist suicide bomber carried out the attack using a car bomb in the Al-Gharbiya neighborhood on the road between the Al-Hialiyeh roundabout and the Youth City roundabout in the western district of the city.

The source said that scores of people were killed and injured in the attack, and that a number of residential buildings and infrastructure in the area sustained severe damage.

Medical sources in the city said that victims were transferred to Al-Qamishli National Hospital and a number of private hospitals, adding that the death toll is expected to rise.