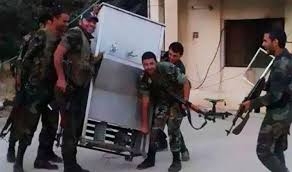 Lattakia province has witnessed an unprecedented rise in crimes against elderly women inside their homes following a number of high-profile cases involving murder and robbery in the coastal city.

A woman in her 70s from Ramel al-Shamali was found slaughtered in her home with evidence pointing to the theft of her valuables including gold and money which she had hidden inside the house.

A similar crime was reported in the Slaiba neighborhood, causing a state of fear among locals, especially those who live alone in isolated housing.

A police source said the perpetrators are suspected to be a known gang of armed men who assault soft targets, like old people who live alone, in order to loot their houses.

The source, who spoke on the condition of anonymity, mentioned that the gang’s size could number up to 100 members, with the group divided into smaller units each responsible for a particular task, like finding the victim, planning the crime, and performing the operation.

Most Facebook pages loyal to the Assad regime described the perpetrators as “armed gangs of (pro-Assad) shabeeha” militants, suggesting they might even be supported by officers in the police and army.

Lattakia’s residents expressed anger towards the silence of local police and security forces toward these crimes and neglecting their safety.