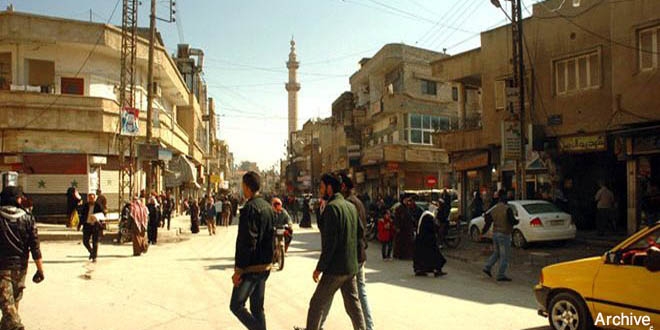 An agreement to halt fighting in the northeastern Hassakeh province came into effect at 2 pm on Tuesday, Syrian TV reported.

According to sources, the injured bodies of the martyrs and the captives on both sides were to be exchanged at 9 pm, as per the agreement.

The Hassakeh-Qamishli road and those leading to the Syrian army positions inside and outside Hassakeh city will also be opened. All other roads in the city will be opened in accordance with the agreement.

Negotiators also agreed to work to resolve the Kurdish issue and commence discussions to address the sacking of state employees.

During the past days, the Asayish (the Kurdish internal security force), has escalated its provocative actions in Hassakeh city, attacking state establishments, stealing oil and cotton, carrying out abductions, and causing a state of chaos and instability.

The provocations amounted to encircling Hassakeh city, shelling it with artillery and tanks and targeting Syrian army positions, claiming the lives of a number of military personnel and civilians.

The Syrian army responded to the provocations by targeting the sources of artillery fire and the gatherings of armed elements responsible for these criminal actions.

Less than 10 hours after negotiating a truce with the official government parties on Sunday, the Asayish violated the agreement and launched attacks on residential neighborhoods and government establishments in Hassakeh.