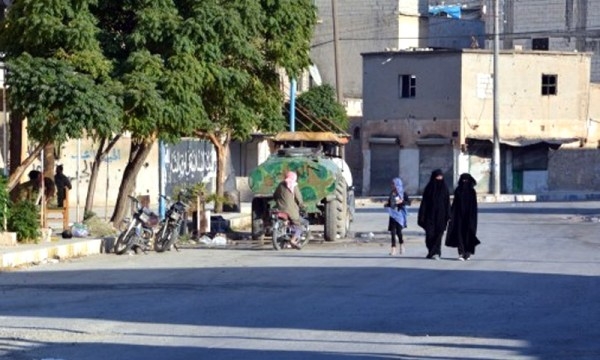 Far from the fighting of Operation “Euphrates Shield,” attempts have been floated to form a Turkmen military council for the administration of the city of Jarablus by Turkish intelligence, after Islamic State group fighters were expelled from the area, according to sources.

Two sources directly informed about the issue confirmed that the attempts were continuing on Tuesday, September 6, with regards to the formation of the council as an alternative to the current council which was formed more than two years ago.

The first source, who asked not to be identified, spoke about what he described as attempts of a military entity to impose a civilian council on the people of Jarablus, noting in his comments to Enab Baladi that the “Sultan Murad” team participating in the military operations alongside Free Syrian Army groups was one of the concerned parties, in addition to the commander of Operation Euphrates Shield, the Turkish colonel and governor for the Syrians in Gaziantep.

The source said that “They took figures, some of whom have ties to the Islamic State group to Antep, and some of whom we saw in the group’s publications.”

Mohamed al-Ali, head of the current Jarablus council, confirmed to Enab Baladi the sources claims, adding that an officer in Turkish security and the governor of Gaziantep were “trying to impose a council in place of our council, which has been established for two years and is recognized by the temporary government and the Aleppo province council, in addition to all Jarablus constituents.”

The current council includes six Turkmen “within the strongest offices” according to Ali, adding that “Turkish intelligence is working to form a council and not a government. I don’t think that it or President Recep Tayyip Erdogan know about the matter. I don’t think those who are helping us liberate the area would try to impose their authority over us.”

Colonel Ahmed Othman, head of the Sultan Murad unit, denied any relation to the formation of the council, but he spoke about the intentions of some people inside the council of notables: “This is their concern and not ours.”

However Othman refused in his comments to Enab Baladi to recognize the current council in Jarablus, and called for the formation of a “council from residents of the city who are currently present.” He added that people he did not name “had communicated with the group. They are inside the current council and they confirmed that the statement of accusations was made individually.”