Authorities report militants fired rocket at a school in the southern city, killing and wounding scores of children 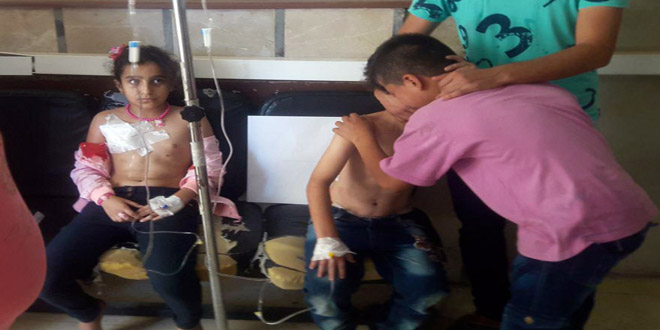 At least five students were killed and 18 others injured, some of them in critically, when militants fired a homemade rocket into a school in Daraa city on Tuesday, October 11.

A source at Daraa Police Command told SANA that terrorists fired a rocket shell on the school located in the Al-Sahari neighborhood, claiming the lives of two girls and injuring 18 other children.

Later, a medical source at the National Hospital said three other children had succumbed to their injuries, pointing out that the death toll is likely to rise due to the critical condition of some of the wounded children.

In the same context, the Police Command source said the militants also targeted several residential neighborhoods in the city of Daraa with a number of rocket shells, killing one local and causing material damage to property.