Event will feature dance and ballet shows, folk arts and traditional crafts, musical concerts, a photo exhibition and the screening of a Russian film 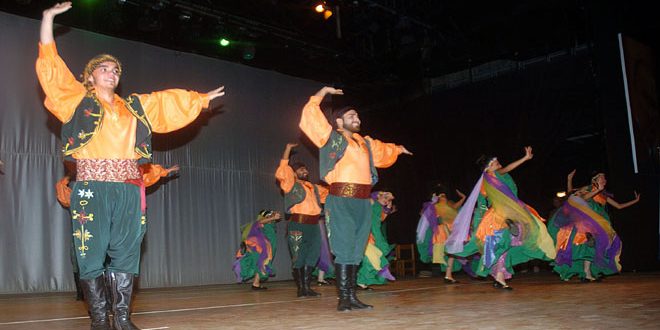 An event showcasing an array of Russian and Syrian music, art and culture kicked off Saturday at Dar al-Assad for Culture in Lattakia.

The Syrian-Russian Culture Week, organized by the Ministry of Culture, was opened by the Russian military marching band which played traditional Russian songs and musical compositions. Later, the Ghabala band presented artistic shows from Syrian folklore.

The event, which will last until October 19, includes dance and ballet shows, folk arts and traditional crafts, musical concerts, a photo exhibition, a symposium on Russia’s tourist destinations and archeological sites and the screening of a Russian film dubbed into Arabic.

Head of the Culture Directorate in Lattakia, Majd Sarem, said this event conveys a message of friendship to the Russian people and leadership for their firm support to Syria, while also showing the world that Syrians also love life, peace and art.