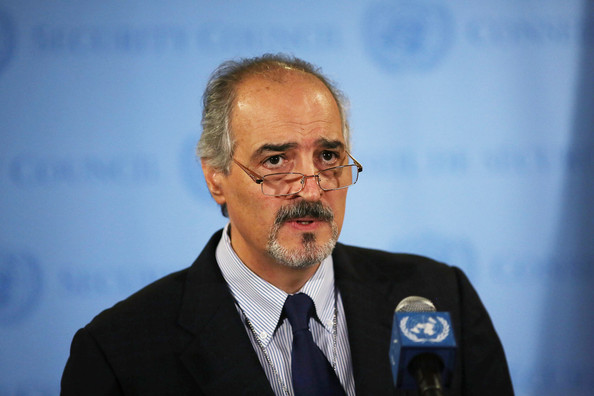 Syria’s envoy to the UN has slammed the language used by some member states to describe so-called East and West Aleppo, emphasizing that the Assad government will not allow the repetition of the “old and painful scenario which was speaking about East and West Beirut.”

During a UN Security Council session to discuss situation in Aleppo on Wednesday, Bashar al-Jaafari said that there is only one Aleppo and one Syria, and whoever conspires against any part of Syria’s territory will not be safe.

The diplomat went on to accuse regional states, as well as the US and France, of escaping their responsibilities in maintaining international security and peace, especially in Syria.

“It is deplorable that those countries continue to name the terrorists, who are using civilians as human shields, as a moderate armed opposition in a flagrant provocation of the provisions of the international law,” he went on to say.

Jaafari said that armed terrorist groups had exploited the Russian-US ceasefire in Aleppo which collapsed last month to regroup and bring fighters and military arms from hostile states.

He added that the governments of Turkey, Saudi Arabia and Qatar refuse to identify those who are responsible for the suffering of Aleppo locals, who are facing a lack of water, medicine, food and electricity, at the hands of fighters from the so-called “international coalition.”