Islamic State retreat occurred quietly and quickly, leaving a vacuum for the regime and its allies to take control of in a number of areas in the provincial countryside 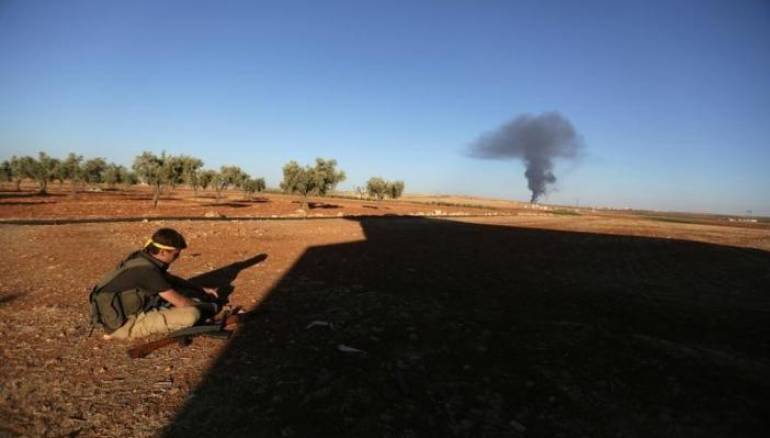 Islamic State forces on Saturday evening shuffled the cards once more by withdrawing from strategic positions in Aleppo’s countryside, including the infantry school, Tel Shaeir, and the Al-Maslimyet cement factory.

The withdrawal happened quietly and quickly, leaving a vacuum for the regime and its allies to take control of in these areas, making the retreat closer to a surrender.

In the previous hours, the Assad government’s Defense Ministry hastened to release a statement announcing the operation, reporting: “Our armed forces in cooperation with auxillary forces took control of the areas Tel Shaeir, the infantry school, Fafin, the Al-Maslimyet cement factory, Kafr Qaris and Tel Susin in Aleppo’s northern countryside via a front 6 kilometers long and 14 kilometers deep. The terrorist groups incurred major losses in equipment.”

Islamic State forces withdrew from this broad front without clashes. The situation verified a statement published on Twitter by the Free Syrian Army’s Osama Abou Ziad on Wednesday, announcing, “There is information about an operation to hand over the infantry school from [ISIS] to the separatist [Kurdish] YPG gangs, and that three cars full of ammunition will be handed over by the Iranians to the so called rebel army.”

Informed sources said that the Islamic State's forces withdrawing from its locations in the infantry school and its environs may increase the intensity of the fighting in the area.