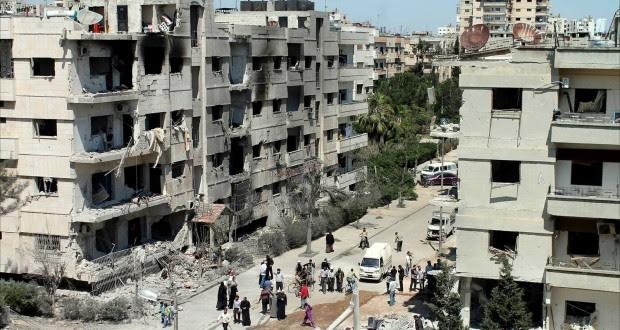 The negotiations committee of the Waer district of Homs rejected a regime proposal to implement the example of removing fighters from Hemeh, Moadhamiyet, Qudisaya and Daraya without releasing any prisoners.

On Saturday the council convened a new round of discussions with the regime’s negotiating council to discuss how to complete the truce agreement between the two sides, which stipulates the end of the military escalation against the district and permitting the entry of aid and the entry and exit of civilians to and from Waer, in addition to removing the opposition fighters in exchange for the regime releasing detainees in its prisons and disclosing the fate of missing people.

The Assad regime is trying to complete its operation of forced displacement in the besieged districts of Homs, Damascus, and its countryside, through simultaneous military pressure and siege. It has succeeded in clearing the cities of Daraya, and then Hemeh and Qudisaya through what it calls “reconciliation” agreements overseen by the Heimemeem airbase.