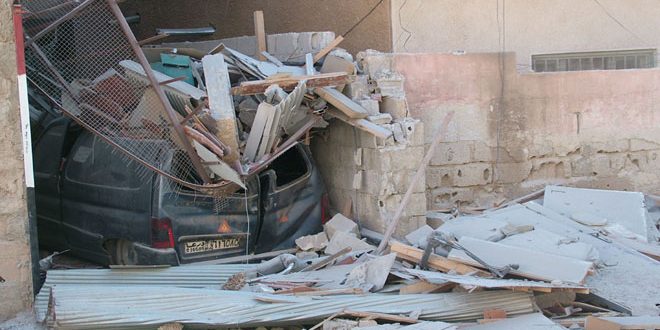 Four people were injured, including two girls, as a rocket shell fired by terrorists hit Al-Hamadaniyeh neighborhood in Aleppo city on Tuesday, according to a source at Aleppo Police Command.

Earlier on in the day, a person was injured in a terrorist attack with a mortar shell on Ezraa city in the northern countryside of Daraa province.