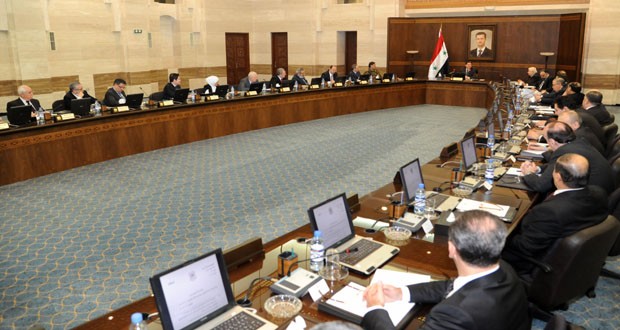 The Syrian government approved on Tuesday a draft law on counterterrorism aiming at strengthening legislation to boost citizens’ security and protect society against the dangerous impacts of terrorism.

Syria’s Cabinet also decided to form a central working group of a number of key ministries including finance, higher education, economy and foreign trade to make proposals on the best use of the public funds to boost production and the economy.

With the aim of enhancing the economic relations with neighboring Lebanon, the Cabinet allowed banana and citrus fruit trade to resume in the period between November 1, 2016 to April 2017.