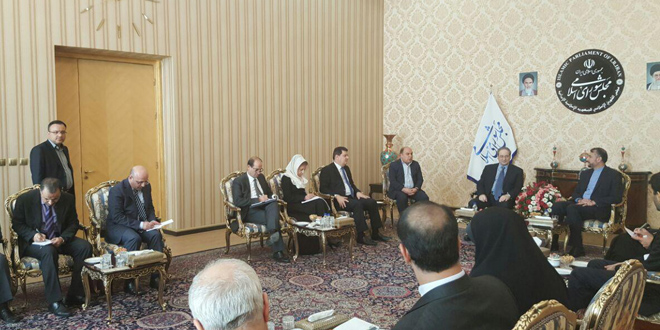 During the meeting, Mikdad expressed gratitude for Iran’s economic support to Syria, stressing the need to consider all prospects for boosting cooperation between the two countries.

He also reviewed the latest developments on the ground in Syria and the victories achieved by the Syrian army and its allies in the battle against terrorism, asserting that the Western countries and their regional partners are waging a campaign to defame Syria and its allies, including Iran, Russia, and Hezbollah.