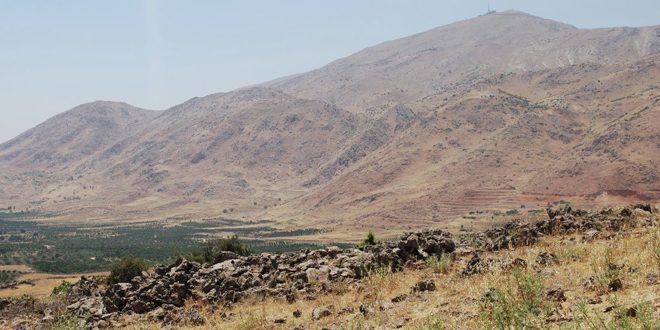 The Israeli air force on Wednesday targeted a site in Tal al-Shaar in the Quneitra countryside, causing no casualties.

The strike came in conjunction with a violent attack launched by Takfiri terrorist organizations on the village of Hadar in the countryside of the province. Syrian army units clashed with large numbers of the militants, killing scores of the Nusra Front-affiliated terrorists.