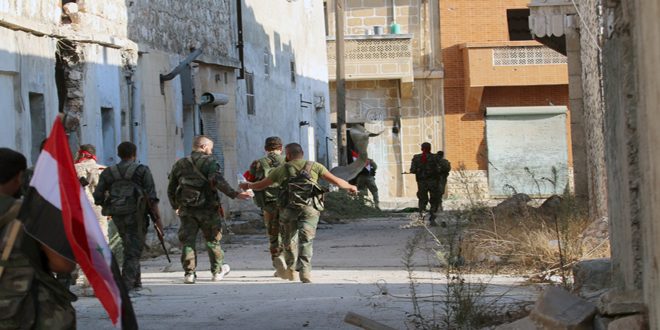 A military source told SANA the army units, in cooperation with the supporting forces and allies, advanced in the western countryside of Aleppo, regaining stability and security to the suburb.

The source pointed out that the military operations resulted in the death and injury of many terrorists, in addition to destroying the militants’ weapons.