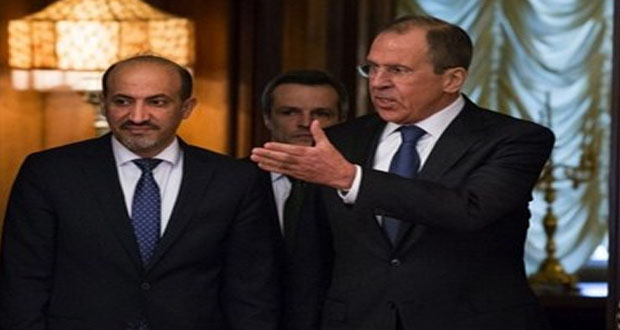 Rai al-Youm has learned from informed sources that a major conference for the Syrian opposition will be held in the capital Damascus with the attendance of opposition figures from inside Syria and abroad, under Russian sponsorship with cooperation from the Assad government.

The sources added that the general coordinator from abroad will be former head of the Syrian National Coalition and current head of the Ghad al-Souri (Syria Tomorrow) movement, Ahmed al-Jarba.

Jarba is carrying out intensified communications with Moscow for this purpose and will attend a conference in Damascus with Russian guarantees and communicate with opposition figures abroad to sway them to attend.

Rai al-Youm learned that among the figures who have expressed their interest to attend are the artist Jamal Suleiman and the opposition member Jihad Makdissi, both of whom have close ties to Cairo. The source did not name any possible attendees from the opposition abroad.

Regarding Syria’s domestic opposition, the choice of opposition members in Damascus who will attend will be handled by the chair of the National Coordinating Committee, the lawyer Hassan Abdel Azim, who is in touch with Jarba and Moscow to hold the conference before the end of the year.