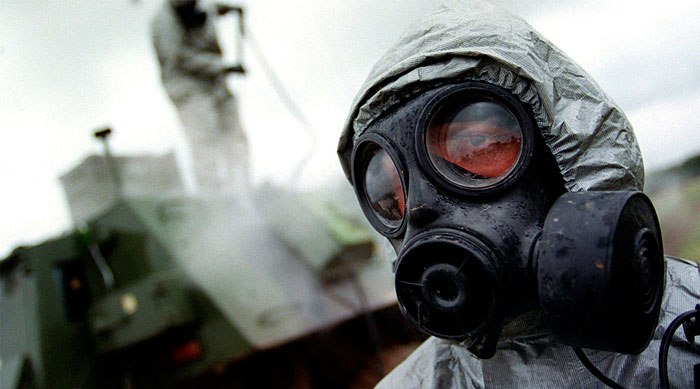 Armed terrorist groups are using toxic gases including chlorine in several areas in Aleppo city, Syria’s foreign ministry has claimed, demanding that the Organization for the Prohibition of Chemical Weapons (OPCW) send experts to investigate these crimes.

In a statement to the UN on Tuesday, the ministry said that terrorist groups such as the Nusra Front and its affiliates have used toxic gases in several areas in Aleppo. The Syrian government announced on November 13 that terrorists in eastern Aleppo fired mortar shells containing chlorine on Al-Nairab district, injuring scores, including women and children.

The statement asserted that terrorists also used toxic gases on residential neighborhoods on October 31, causing 48 cases of asphyxiation, while eight people were injured on November 3 after terrorists targeted Manian west of Aleppo with toxic gases including chlorine.

The ministry demanded that the OPCW send its experts to Syria to investigate the cases in which terrorists used toxic gases as per the organization’s obligations according to its charter.

According to the statement, Russian authorities said on Friday that they have verified with incontrovertible proof via tests at OPCW-recognized labs that the shells fired by armed groups contained toxic gases, including chlorine.