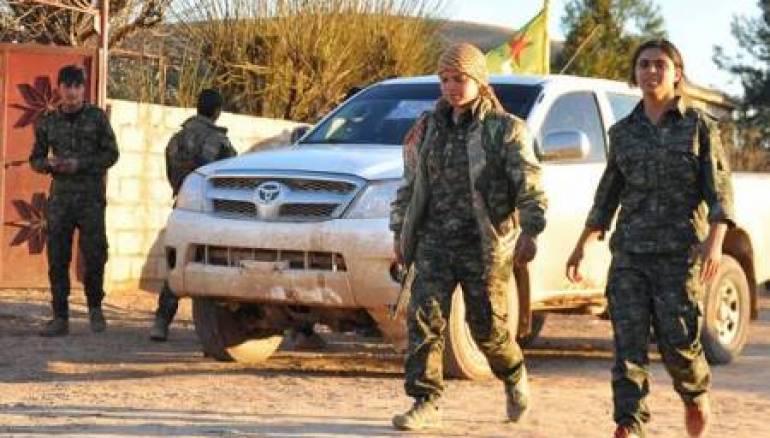 Militants of the Kurdish Democratic Union Party (PYD) have launched a mass arrest campaign against Kurdish politicians in the Amoda area in the northern countryside of Hassakeh for attempting to break into the offices of the Yakiti Party (Kurdish Union Party).

Yakiti Party officials said in a statement that the PYD, the Syrian branch of Kurdistan Workers’ Party (PKK), will no longer deal with the party after members targeted its offices and staff in Amoda city. The PYD militants also detained Yakiti Party deputy secretary Hassan Saleh and six other members of the political committee, as well as at least 12 other representatives from different departments and affiliated groups.

The Yakiti Party added that the PYD’s members had vandalized and seized property from an affiliated radio station, closing its doors with chains, as well as detaining four employees who were later released.