Israeli activists launch awareness campaign and call for communal prayers on Jewish holiday for the “hundreds of Syrians who are dying daily in Syria, men, women and children, while the world is silent” 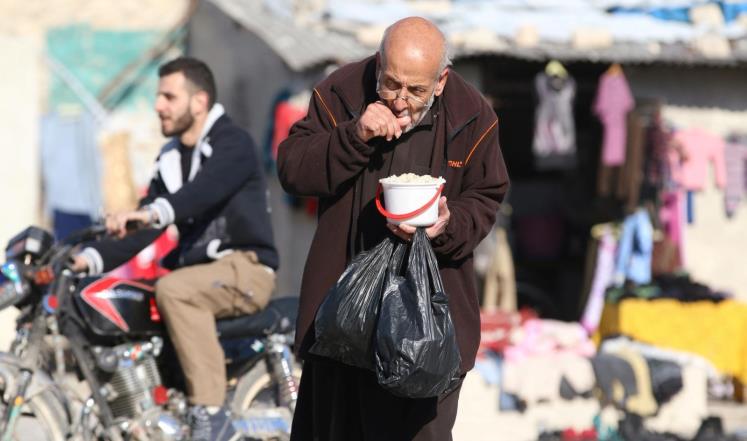 The brutal scenes of killing in Aleppo have pushed a number of countries, personalities and groups to express their solidarity with the civilians in the face of a military escalation being carried out by Russia in support of the forces of the Syrian President Bashar al-Assad and his allied militias.

The most prominent positions over the last few days were issued by Jewish figures, after about 1,500 Israeli activists organized a communal prayer for Aleppo on Yom Kippur led by Sephardi Chief Rabbi Yitzhak Yosef, who called for Jews not to remain silent about what was happening in Syria.

During a meeting of Israeli and Palestinian religious figures held in occupied Jerusalem last Thursday, Rabbi Yosef said that “We should not be silent about the extermination of a people. We must not repeat what occurred during the Holocaust when millions of Jews were killed and the world was silent.” He added: “Millions of refugees are living without a roof, and hundreds of thousands are starving under siege. They were not our friends but they are humans going through a small holocaust.”

He continued: “We know what silence means. For many years we cried a cry of many, and we asked how the world could know what was happening and abandon us. I want to send a message from this platform: We, as Jews, must not be silent. A clear message must come out from here: The extermination of a people it must not be glossed over — not in Syria, and not anywhere else in the world. Even if they are not our friends.”

Israeli activists organized a humanitarian event under the name “The world is silent, we are not,” and called for communal prayers on Yom Kippur for the “hundreds of Syrians who are dying daily in Syria, men, women and children, while the world is silent.”

The Al Masdar Israeli website quoted the organizer of the event, Shibi Froman as saying: “We met in the evening of Yom Kippur to cry out, pray, plead, sing and show solidarity, to try to raise compassion in the hearts of the world for the human tragedy happening to our neighbors.”

Shibi is the son of the controversial rabbi Menachem Froman who in the eyes of many Israelis loved the “Palestinian enemies” and urged coexistence. His wife, Michal Froman, was wounded in a stabbing attack in the West Bank at the start of the year. When asked about his opinion about what happened to his wife, he said: “The event does not change my opinion. I believe in coexistence.” He also participated in the mourning for the child Ahmed Abu Khadeer and the Dowabasha family, who were killed by extremist settlers.