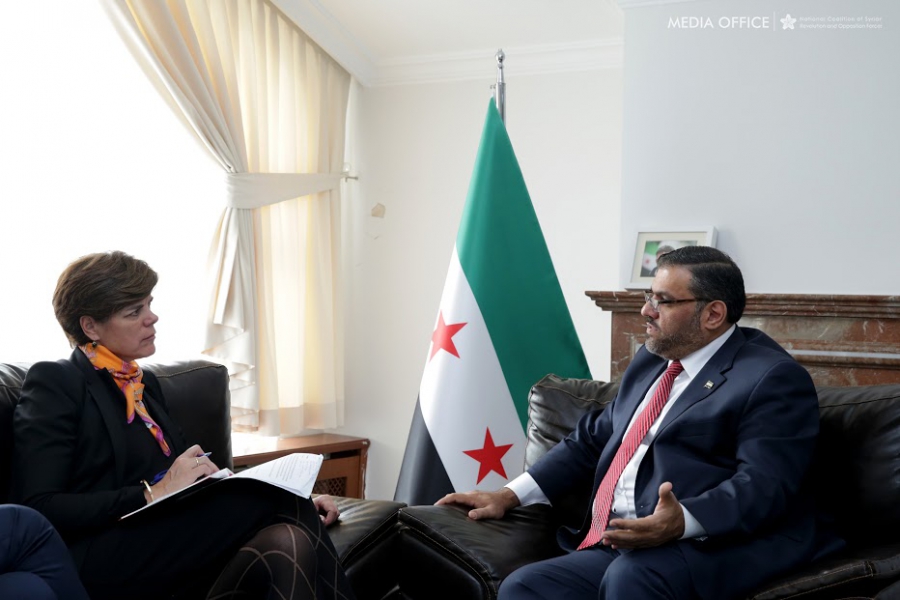 President of the Syrian National Coalition Anas al-Abdah has called on friends of the Syrian people to adopt a unified strategy to protect Syrian civilians from the war crimes being committed by the Assad regime and Russia across Syria, particularly in Aleppo.

During a meeting with Deputy Danish Foreign Minister Charlotte Slente on Tuesday, Abdah called on Denmark and friends of the Syrian people in Europe to play an active role in establishing a no-fly zone in Syria to serve as a safe haven for civilians fleeing the Assad regime and Russian air strikes.

Abdah noted that the Assad regime is pursuing a strategy to force civilians out of their homes and agree to so-called local truces and evacuation deals to bring about a demographic change in the besieged areas.

He also stressed the need to support the projects and programs being implemented by the Syrian interim government in the liberated areas, especially in the sectors of education, health and basic services.

For her part, Slente reiterated her country’s continued support for the Syrian Coalition and the Syrian people to help them reach a real political transition in line with the Geneva communique of 2012 and the relevant UN Security Council resolutions.