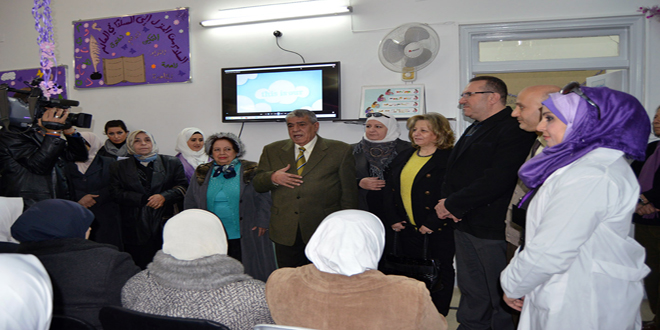 The Syrian Family Planning Association (SFPA), in cooperation with United Nations Population Fund (UNFPA), launched on Sunday a 16-day campaign in its Damascus center aimed at ending violence against women.

The event focused on the necessity of supporting and empowering women, particularly in the educational sector, with representatives of local organizations and women from the local community participating in the event.

Organizers screened a film demonstrating the different forms and aspects of violence against women and its effects on the family and society, in addition to holding lectures on education and law.

Speaking during the event, Mohammad al-Deirani, head of the SFPA, said that the campaign aims at raising awareness of gender-based violence as being a human rights issue and affirming gender equality.