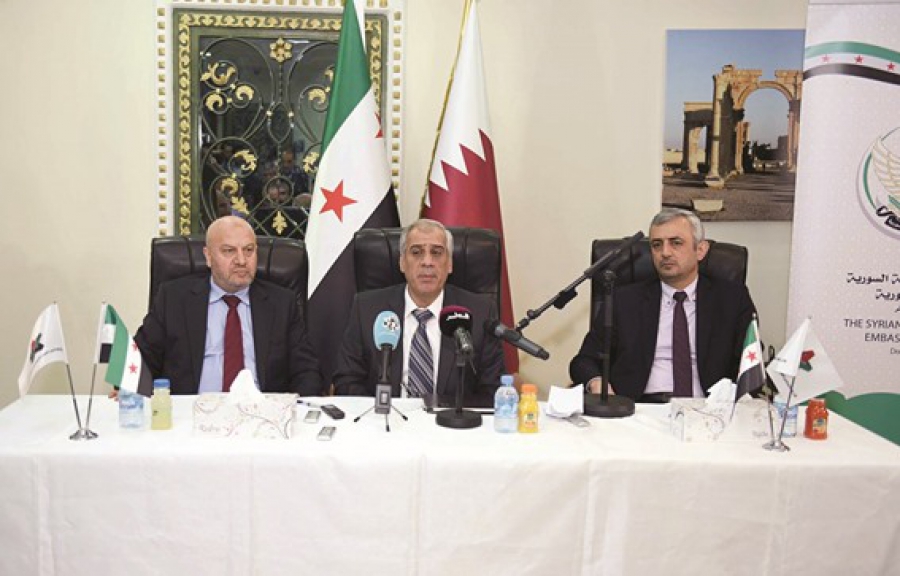 The head of the Syrian National Coalition’s interim government, Prime Minister Jawad Abu Hatab, affirmed that his administration is working tirelessly to provide services to the civilian population in Syria’s liberated areas despite the lack of resources due to the regime imposed blockade.

In a meeting with the Syrian community in the Qatari capital Doha on Wednesday, Abu Hatab said that around six million Syrians currently reside inside Syria’s liberated areas, adding that teams are currently working to monitor the distribution of humanitarian aid to those in need.

The prime minister said the Assad regime’s systematic targeting of medical facilities in the liberated areas has increased the suffering of civilians, pointing out that many qualified doctors have left Syria, further increasing the obstacles facing the medical sector. He went on to say that the interim government has established a Faculty of Medicine in northern Syria where hundreds of medical students are pursuing their university studies.

Abu Hatab also said that the interim government has set up legal courts that adopt Syrian laws as well as a civil registry center to issue birth and death certificates and identity cards.

With the exception of support provided by local aid groups, especially in the agricultural sector, the Syrian interim government has not received any international support since May 2016, Abu Hatab added.