Lebanese militia stopped Russian engineers from entering the area outside the capital after negotiators reached an agreement with locals, sources claim 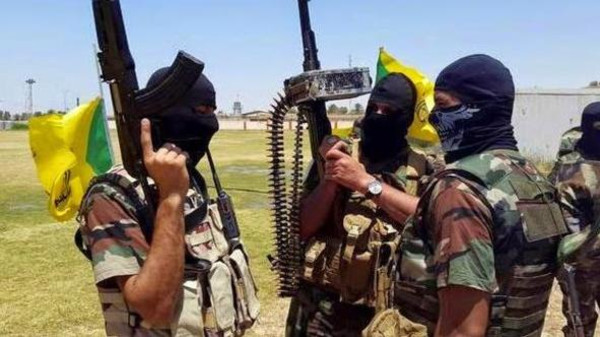 Sources in the Barada valley told Madar al-Youm that Hezbollah fighters besieging the Damascus countryside prevented four Russian officers from entering the area to observe the situation and reach an understanding with locals to bring in repair teams to the Fijeh Springs area.

The sources said that elders in the Barada valley had communicated with the Russian side and invited them to send a delegation to observe the situation and work toward a ceasefire and negotiate bringing repair teams into the Fijah Springs area. The Russians sent a delegation composed of four of their officers, but Hezbollah fighters prevented them from entering.

The sources said that the officers arrived, along with elders from the Barada valley living outside the area, to the Deir Qanoun checkpoint which is under the control of Hezbollah, but the fighters at the checkpoint prevented the Russians from entering and ordered them to return to Damascus.

Hezbollah, with the support of Iran, rejects all calls for it to comply with the current ceasefire, which wants to advance with a military solution to the end. This has increased the disputes between Iran and Russia, the latter guaranteeing the ceasefire agreement, as the Assad regime tries to preserve the balance in its relations with Moscow, which is providing political and military support through the Russian air force, and Iran, which is supplying land support.

Assad is afraid of Russia’s involvement in any political settlement which calls for his departure, which is what makes the Syrian president cling more to the Iranian position, despite the fact that the Iranian militias have marginalized his army and humiliated him in more than one instance.