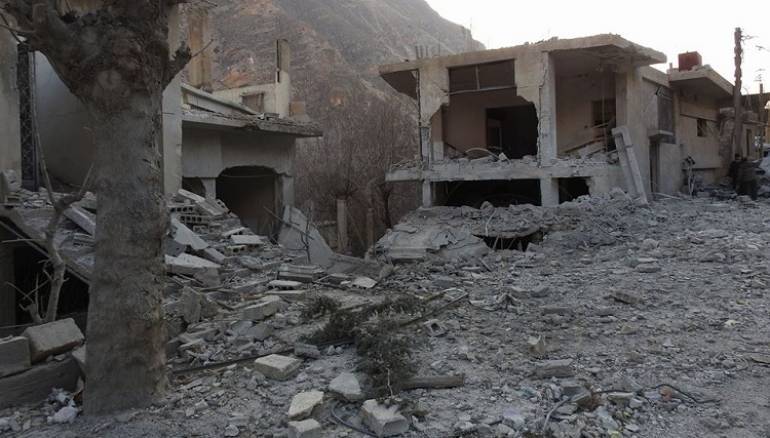 Well-informed sources have revealed that the head of Syria’s notorious Air Force Intelligence service, Jamil Hassan, was behind the damage carried out to the capital’s main water supply two weeks ago.

The commander, who oversees the government’s aerial bombing campaign, had ordered regime warplanes to conduct six raids on the Fijeh Springs pumping station on December 24, 2016, resulting in the destruction of the electricity engines and water pumps.

The Fijeh Springs, which provides water to 4 million people in the capital, was knocked out of service following a major offensive against the rebel-held Barada valley, which is overlooked by pro-regime military positions west of Damascus and at the Lebanese border.

Rebels said they had allowed regime engineers to maintain and operate the valley's pumping station, which supplies water to 70 percent of Damascus and its surroundings, since they took control of the area in 2012.

The Assad regime said later that it had failed to agree a plan to repair the springs.

Rebels and activists say the spring was damaged by pro-regime force bombardment, while the regime said rebels polluted the spring with diesel, forcing the state to cut supplies.

Activists in the valley warned on Saturday of deteriorating humanitarian conditions in the mountainous valley, which they say has a population of 50,000 locals and 30,000 internally displaced Syrians.

Meanwhile, several rebel groups warned that the escalation effectively meant the collapse of the shaky ceasefire brokered by Russia and Turkey to pave the way for peace talks in Kazakhstan.

The United Nations estimates 45,000 people live in the Barada valley area, and believes at least 7,000 people have been displaced from the area due to recent fighting.