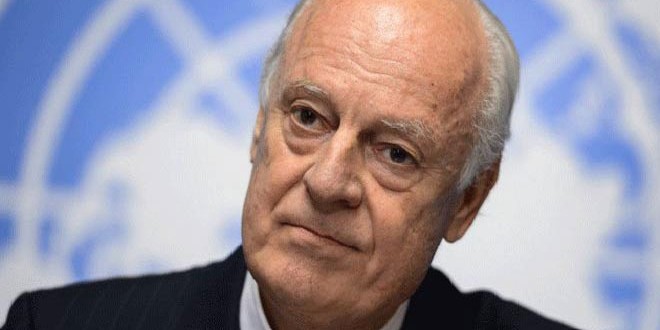 The United Nations confirmed on Thursday that its special envoy for Syria, Staffan de Mistura, will head the UN delegation for talks on the Syria crisis in Astana.

“In light of the complexity and importance of the issues likely to be raised in Astana, and of the senior level at which the conveners of the meeting will be represented, the Secretary-General has asked Mr. de Mistura to lead the UN team at the talks,” Stephane Dujarric, the spokesman for the UN Secretary-General, said in a statement.

“The Secretary-General is looking forward to the Astana meeting being a positive step, ahead of the resumption of intra-Syria negotiations in Geneva,” he added.

Moscow released a statement through its diplomatic mission in Geneva welcoming the participation of de Mistura at the talks.