Syria's main political opposition warns against premature efforts to rebuild the country, stating that international agreements must be recognized before the process can begin 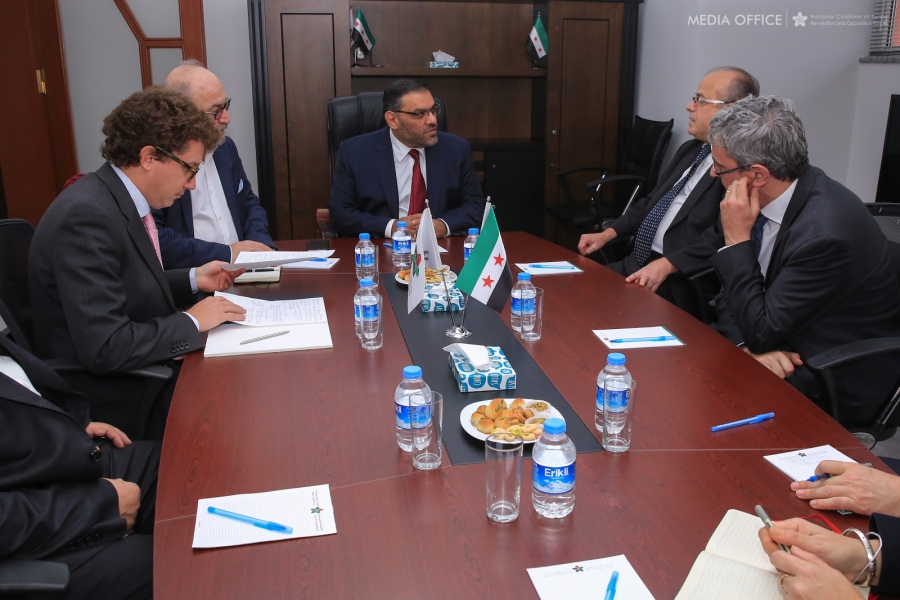 President of the Syrian National Coalition Anas al-Abdah stressed the need to reach a political solution in Syria in line with international resolutions before the commencement of any reconstruction work in Syria.

At a meeting with high-level EU delegation in Istanbul on Wednesday, Abdah said that it would be premature to talk about the reconstruction of Syria before a political transition has been achieved and bloodshed ended.

The two sides discussed the political process and preparations for the upcoming Astana meeting as well as prospects for the launch of a new round of negotiations in Geneva. The EU officials reiterated Europe’s support for the opposition bloc and its efforts to reach a political transition in Syria in accordance with the Geneva statement of 2012.

Abdah also emphasized the need to support the programs and projects prepared by the Syrian Interim Government in the liberated areas and its efforts to provide services for the civilian population, especially in the areas of health and education.