Key rebel group says it will not back down until former Al-Qaeda affiliate is stopped after fighters launched attacks on groups attending the Astana negotiations earlier this week, opposition media reports 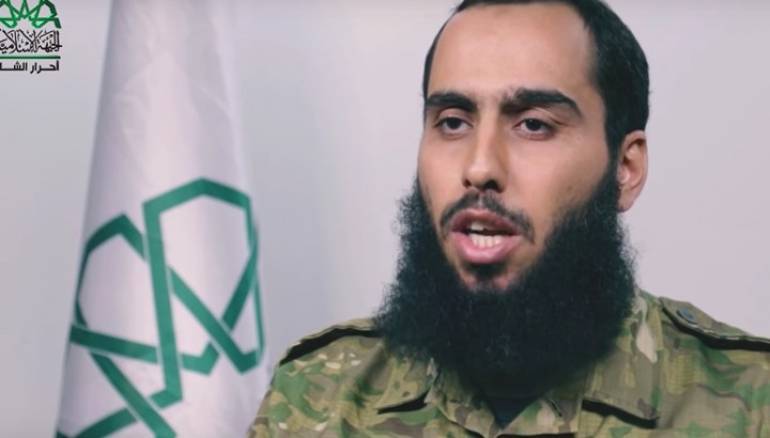 The Ahrar al-Sham movement said it will stand in the face of Al-Qaeda’s powerful former affiliate in Syria after a series of planned attacks on moderate rebel groups erupted on Tuesday.

“We will halt the infighting at any cost even if [we] will die for that purpose,” Omar added.

Fateh al-Sham has disarmed fighters from Jaish al-Mujahideen and seized its bases in Aleppo and Idleb provinces after a surprise attack, sparking wide condemnation from rebel groups and residents.

An FSA commander told Reuters the "extremely fierce" Fateh al-Sham attack aimed to "eliminate the revolution and turn it black," a reference to the black flag flown by the jihadists in Syria.

Ahrar al-Sham has also accused the former Al-Qaeda wing on Tuesday of attacking other groups without justification.

It said in a statement that it was deploying fighters as to prevent further fighting and setting up barricades to stop "Jabhat Fateh al-Sham or others" from attacking Muslims.

An official from the FSA group Levant Front told Reuters the attack began overnight, describing it as a large assault in several areas. The official said it was the first time Fateh al-Sham had attacked the FSA groups in that area.

"What they are doing serves Iran and the regime — so there is no FSA left in the north — particularly with the factions' delegation now in Astana where the regime offered nothing with regards to the ceasefire," said the Front official.

FSA groups now need to coordinate their efforts to repel the attack, he said.

Long-standing tensions between Fateh al-Sham and more moderate rebels, a number of them backed by Turkey and other states that have opposed Assad, have surfaced again since government forces helped by Russian air power and Iranian-backed Shiite militias drove the rebels out of Aleppo last month.

Fateh al-Sham is not covered by a shaky truce agreement between the regime and rebels brokered by Russia and Turkey. The aim of this week’s meeting in Astana, organized by Russia, Turkey and Iran, was to shore up the ceasefire that came into effect last month.